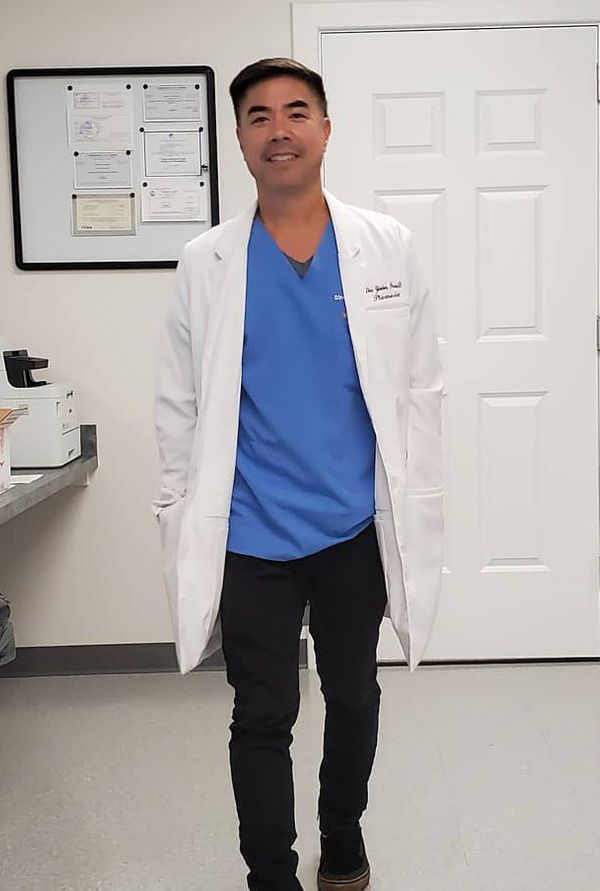 Dr. Dino Yambao is a native of the Hampton Roads area. He was raised in the Kempsville area of Virginia Beach and relocated to Chesapeake, VA after graduating pharmacy school. Dr. Yambao is a graduate of Kempsville High School and did his pharmacy perquisites at Old Dominion University with the intent of earning a chemistry degree. He left ODU early after being accepted to Virginia Commonwealth University’s School of Pharmacy doctorate program.

After graduating from pharmacy school, he went on to work for Eckerd Drug and then eventually Farm Fresh where he remained a dedicated pharmacist serving his community for almost 19 years. He knew he wanted to be a healthcare professional at an early age and solidified his decision to be a pharmacist after researching the profession at the local library. What intrigued him most about being a pharmacist was accessibility. He liked the fact that his patients and customers could stop by anytime if they had any questions or if they just needed someone to talk to.

Dr. Yambao enjoys teaching and mentoring pharmacy students and served as a VCU preceptor and a former Residency Site Coordinator for VCU’s Community-based PGY1 residency program. He also served as a preceptor for both Hampton University School of Pharmacy and Appalachian College of Pharmacy.

When he’s not here at the pharmacy, Dr. Yambao enjoys spending time with his family. Dr. Yambao and his wife Dr. Gretchen Yambao have 8 wonderful children and a chihuahua and live in Chesapeake.